For most of my adult life I have been actively involved with traditional music and many people will know of me because of my work as Editor and Publisher of The Living Tradition magazine, or my association with Girvan Folk Festival, or because of my wife, Heather Heywood, a noted traditional singer. This website is an area where I focus more on my photography, together with some details on various projects I am working or have worked on. 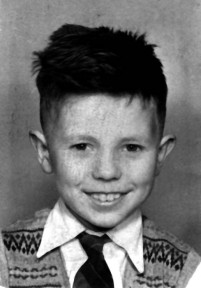 I was born in 1949 in Manchester and was educated at Heywood Grammar School. I married my wife Heather in 1970 and moved to Kilmarnock. We have three daughters, all now graduated from University and living and working independently. From 1970 until 1979 I worked in the food industry with management positions in Quality Audit, Project Management and Training. Having had experience with early generations of personal computers, I then worked for about 14 years with computers, mainly in sales and management, ending up being a Director of a small computer business.

That was the ‘day job’, but when I look back, most of the achievements that I regard as being significant relate to culture.

That was the ‘day job’, but when I look back, most of the achievements that I regard as being significant relate to culture. I was a founder of the Kilmarnock Folk Club. I was involved in the creation of The Girvan Folk Festival and was its principal organiser from year seven to year twenty-one. The Girvan Festival has been one of the most respected festivals in Scotland and among the best festivals of its type in the UK. Many artists made their first visits to Scotland through events which I was responsible for. These included Mary Black, De Dannan, Altan, Walt Michael & Company and La Bottine Souriante, The ‘World Premiere’ of The Singing Kettle stage show was at Girvan Festival.

Prior to 1993, all my work was done on a voluntary basis, but in 1993 I decided to work in the arts on a full-time basis. I founded an Arts Business, The Living Tradition, managing and creating events and publishing an influential magazine. The Living Tradition, effectively became the new ‘day job’. I have had a long-term commitment to ‘passing on’ traditions. In 2002 I founded an organisation called Common Ground Scotland and ran a series of annual summer schools. I have good business skills, achieving much, whilst at the same time directing efforts and resources towards a long-term artistic vision. I was inducted to the Scottish Traditional Music Hall of Fame, not I add for my musical abilities, but for background and organising activity.